Home / Blogs When do you need to see a doctor for a root canal?

When do you need to see a doctor for a root canal?

The aim of root canal treatment is to remove bacteria from the contaminated root canal, avoid reinfection, and save the natural tooth. The inflamed or contaminated pulp is extracted, and the interior of the tooth is meticulously washed and disinfected before being filled and sealed.

When is a root canal needed? 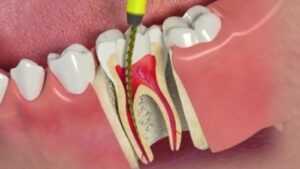 If the soft inner portion of a tooth, known as the pulp, is damaged, inflamed, or infected, a root canal is done. Even if the pulp is gone, the crown of the tooth — the portion visible above the gums — will remain intact. The easiest way to keep a tooth’s structure is to remove injured or contaminated pulp.

Common causes of damage to the pulp include:

The most typical symptoms of damaged pulp include tooth pain, swelling, and a burning sensation in the gums. To make a diagnosis, the dentist will inspect the sore tooth and take X-rays. If your dentist believes you need a root canal, he or she can refer you to an endodontist.

What is one of the most common problems in RCT? 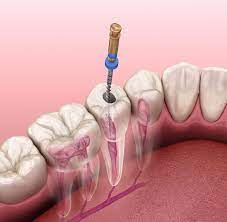 Following a root canal, new infections may re-develop. The following are some of the most possible explanations:

Often, re-treatment will solve the issue but in some cases, surgery would be needed to save the tooth. Apicoectomy, or root-end resection, is the most common treatment. It treats inflammation or infection in the bony region around your tooth’s end. The gum tissue is opened, the contaminated tissue is removed, and often the very end of the root is removed during this process. To close the root canal, a small filling can be used.

When and why would a tooth pulp be needed to be removed?

When the nerve tissue or pulp of a tooth is injured, it breaks down, allowing bacteria to grow in the pulp chamber. An infection or abscessed tooth may be caused by bacteria and other decayed debris. When an infection extends beyond the ends of the tooth’s roots it forms an abscess. An infection in a tooth’s root canal can also lead to: 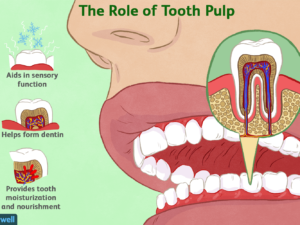 How is a root canal performed?

In a dental office, a root canal is done. When you arrive for your appointment, a technician will lead you to a treatment area, assist you in settling into a chair, and drape a bib around your neck to protect your clothing from stains.

What is the cost in Gurgaon? 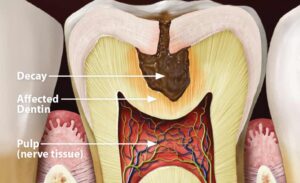 The average RCT cost in Gurgaon ranges from Rs. 6000 to Rs. 8000 per tooth at a facility like ours. The RCT cost is determined by the type of procedure used, such as anterior RCT, posterior RCT, single sitting RCT, and re-RCT. It is carried out by a team of RCT experts who use the most up-to-date technology and have extensive experience.